We look forward to welcoming you to Kielder Water & Forest Park. Please see our Know Before You Go page for lots of useful information including important details on access to routes following storm damage. 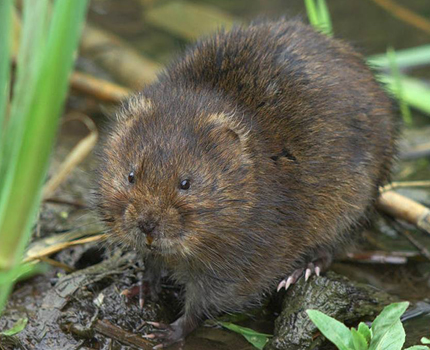 The water vole - made famous through the ‘Ratty’ character in the Wind in the Willows children’s story - was once a familiar site in the Kielder area until predatory mink invaded its stronghold and wiped out the population. The last local sightings of water vole go back to the 1970s.

Mink numbers at Kielder are now thought to be very low with few being spotted by rangers in recent years, but water voles do not travel long distances so it is difficult for them to re-colonise mink-free areas.

During the autumns of 2016, 2017 and 2018, water voles were captured from the North Pennines, the Trossachs in Scotland and the North York moors.  These voles were taken done to a captive breeding centre (Derek Gow’s consultancy)  in Devon to be paired up and bred for release.  So far over 1400 water voles have been reintroduced into Kielder Water & Forest Park.  The best place to look out for water voles is at Ratty retreat Hide on the Forest Drive, and at Kielder campsite.  There are ‘Ratty is at water vole hotspots on the Lakeside way.

Alongside the reintroduction, project officers will be running  an educational programme for schools local to the donor populations and the reintroduction sites.  We have also installed interpretation at Kielder Castle and Kielder campsite and have designed a Ratty self-guided rubbing trail, starting from Kielder Castle.  Please bring your own crayons and paper if you would like to do this, it’s a 1.5 mile route. Events are also available in the summer months; keep your eye on the events page.

Below is the video explaining our project from capture to release.  &nbsp

Restoring Ratty has been supported by a grant from the National Lottery Heritage Fund. Thanks to National Lottery players, we have been able to start work on the process to reintroduce Water Voles into Kielder.  We would also like to thank to co op community fund who are supporting us this year, https://membership.coop.co.uk/causes/36848

Restoring Ratty has been supported by a grant from the Heritage Lottery Fund. Thanks to National Lottery players, we have been able to start work on the process to reintroduce Water Voles into Kielder.

The ‘Restoring Ratty’ Kielder water vole reintroduction project has released a four-minute film to celebrate the first year of its Schools Partnership Project.

Produced by local filmmaker Alan Fentiman, the film has one major difference - it was filmed and edited entirely by children, aged between 9 and 10 years of age; enjoy all the fuzzy bits!

The film charts the capture of water voles on the North Yorkshire Moors by 20 pupils from Terrington Hall School in York and their transfer to the Derek Gow Consultancy in Devon for captive breeding which was filmed by 20 pupils from St David’s School in Devon.

To complete the trio, during the summer of 2018, 20 very lucky pupils from Bellingham Middle School were the envy of their classmates when they were invited to assist with the release and filming of water voles into the waterways of Kielder.

• Water voles are legally protected in Britain and recent evidence indicates they have undergone a long term decline in Britain. They have disappeared from 94% of their former sites. On average, water voles only live about five months in the wild. They eat grasses and waterside vegetation.

• The water vole is Europe’s largest native vole and has a rich, silky, yellowish-brown to dark brown coat, a blunt nose, a rounded body and a long hairy tail. It is often confused with the brown rat, which is slightly larger and has a pointed nose and a shorter, pink, hairless tail.

• Water voles excavate extensive burrow systems in the banks of waterways and will have up to five litters per year, ranging from three to seven young.

• Water voles were a common sight in UK watercourses until the 1970’s and 80’s, when a combination of escaped American mink (Mink are predators of water voles) and habitat loss started to reduce populations dramatically; the water vole is now absent from the majority of Northumberland’s rivers.

• Between 1989-90 and 1996-1998 national surveys by the Vincent Wildlife Trust across the UK showed that water voles were lost from 67.5% of occupied sites (Ed. Jeffries 2003). Subsequently, the water vole is considered to be one of the most threatened mammal species in the UK.

• Forestry England has reversed the loss of grassy streamside vegetation in Kielder by replanting forests back from the stream edge after felling. This has led to a very significant increase in good water vole habitat. Mink numbers are greatly reduced in Kielder from a high in the 1980s, although there are still occasional records in the area.

Since 2014 the partnership of Tyne Rivers Trust, Northumberland Wildlife Trust and the Forestry Commission, have been working to ensure there is a suitable environment for water vole by establishing whether any mink remain, as this was the reason for their previous decline.

A key task in the project is to survey a search for mink across Kielder through sightings, droppings and using floating rafts which mink climb aboard to investigate, leaving behind tell-tale footprints. The rafts are checked every two weeks by volunteers. Over 1000 records were collected and only one possible mink footprint was found indicating that the area is suitable for a water vole reintroduction. 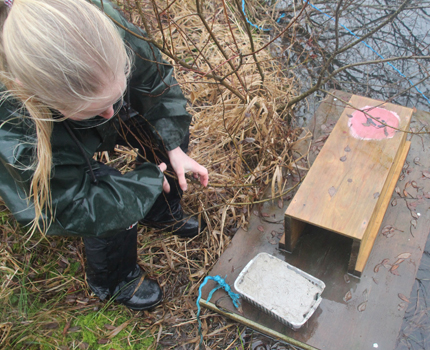 The project also worked with the local community, collecting recollections and photographs of the wildlife and changes to the North Tyne Valley over the last 70 years or so will be compiled.

The landscape has changed significantly with the establishment of Kielder Forest and creation of the Kielder Water, northern Europe’s largest man-made lake, a major influence on both people and wildlife.

Visit the Tyne Rivers Trust YouTube page for informative videos on a range of topics around Water Voles.

Transcriptions of the videos can be downloaded below:

Changes in Forested Landscape and Wildlife in Kielder

Water Voles as a Child 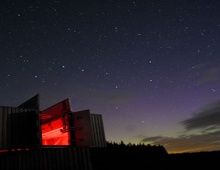 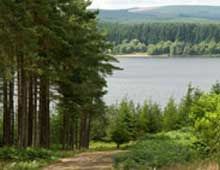 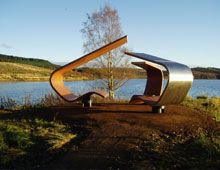 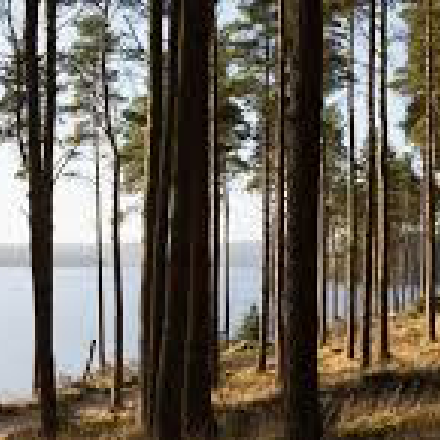