Almost ready for the off!

In a bumper year that saw a record number of osprey eggs laid on seven active nests in Kielder Water & Forest Park and wet females doing nearly all the incubation in very bad weather, this year’s 16 remaining Kielder ospreys are currently earning their ‘wings’ and getting ready to set off on their epic journey to Africa or Iberia.

In total 18 osprey eggs are known to have been laid on nests that could be monitored, with 11 chicks surviving to be ringed and a further five youngsters born on 'wild' and inaccessible nests.

This week, all 16 juvenile birds have now fledged, the last being one of the pair on Nest 2 where there is no camera, however they have now been spotted flying around the forest.

Kielder osprey expert, Joanna Dailey said: “To see the ospreys flying around Kielder is always wonderful, especially this year given the tough conditions prior to hatching. The youngsters are now gaining flying experience, often with the adults, before they head off to sunnier climes.”

Osprey mothers usually leave on migration around the middle of this month, with the fathers and youngsters following individually at the end of August.

Enthusiasts can read this year’s timeline of activity at kielderospreys.wordpress.com/timeline-2017 and watch all the live action from Nest 6 via a screen at The Sea Diner catering unit in the grounds of Kielder Castle.

Even more exciting, enthusiasts can watch a video on the blog of Elsin, one of the first ospreys to be born to a father who fledged Northumberland and aptly named after a Northumbrian fell, take off for the first time from Nest 5A. 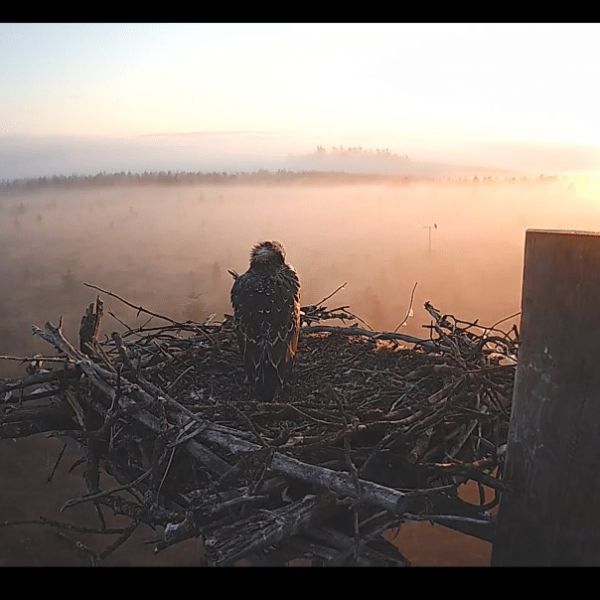